"Strassman is out of his mind, and so am I!" 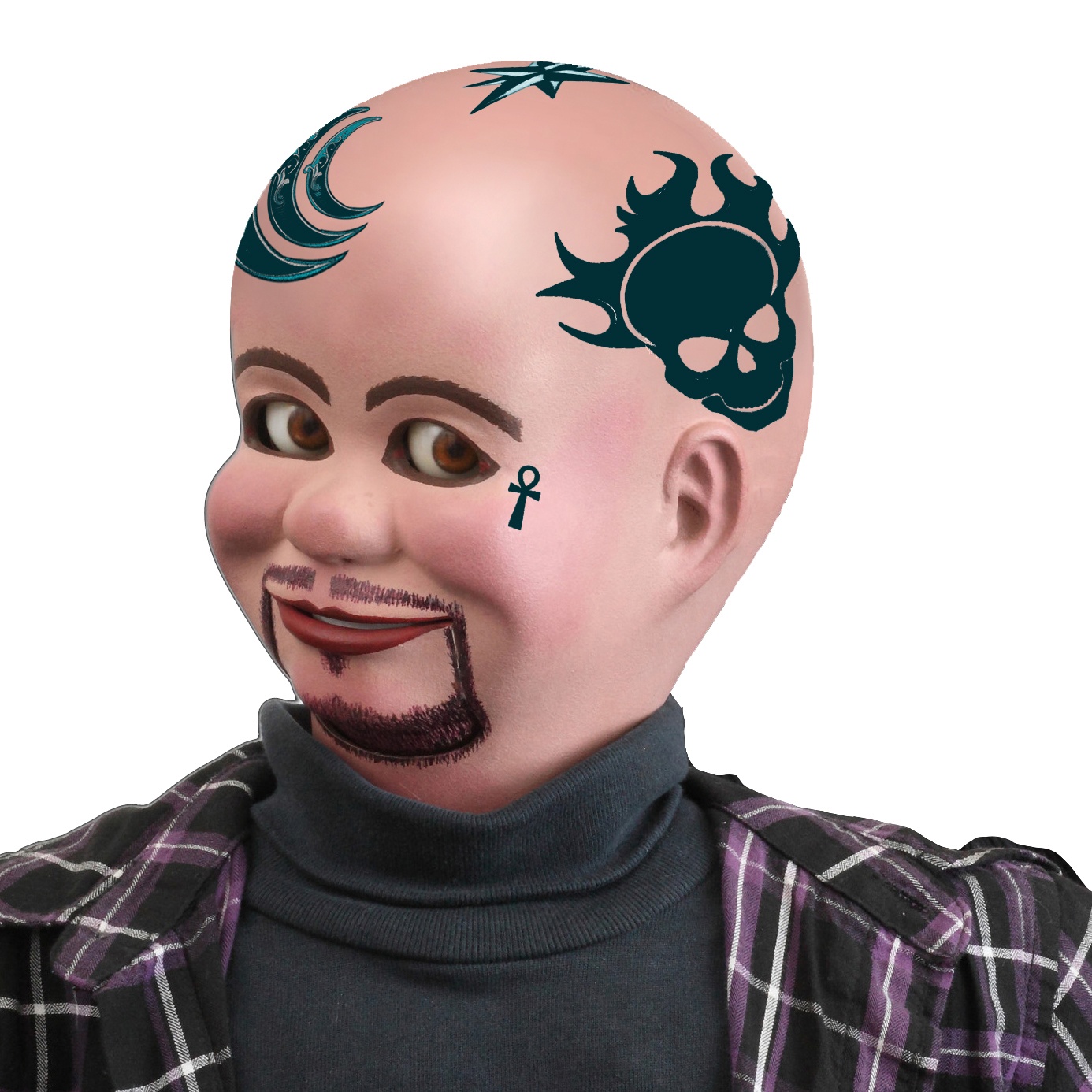 Read About Me: Chuck Wood

Chuck Wood is an evil, sarcastic and selfish puppet, stuck in the frame of a 12 year old boy and he thinks he's the star of the show. He has a major dilemma; he wants to become the very thing he hates: a human being. Chuck has PS, (Pinocchio Syndrome) and like most PS sufferers, wishes someday to become a "real boy". Although it kills him to think that he's a only puppet, made of wood and wire, he uses this weakness to gain sympathy and trust from those around him. Just as soon as he gets you in the palm of his hand, he turns on you with mockery and insult. If a situation gets out of hand with someone bigger than Chuck, he hides behind the mere fact that he's only a puppet, leaving the aggressor feeling foolish. Because he isn't real, Chuck can get away with almost anything. Chuck appears to have the experience and know-how of an adult, but, to the careful observer, it is obvious that he is a pre-pubescent in disguise.

Chuck is capable of compassion and kindness; however, these shining moments are few and far between. He has a soft spot for grandmotherly-types and children. In Chuck's mind, a grandmother is kind and giving with no strings attached and he'll take whatever he can get out of the old and frail. Chuck relates to children on their level because of his undeveloped persona and immaturity, it is easy for him to sink to their level and he delights in becoming their leader.

Chuck has the ambitions and goals of most 12 year-olds, but, because he can never attain them, his motives are laced with hostility, resentment, and selfishness. Chuck has the ability to say and do the things we wish we can do but can't because of social norms. He really is a likable character because his negative traits are hidden by his redeemable qualities.